This is over a year late but as we gear up for Summer Safari 2011 tonight I thought better late than never. 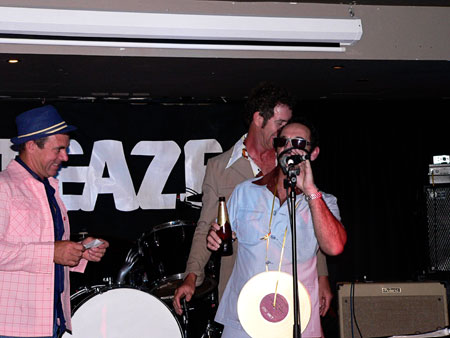 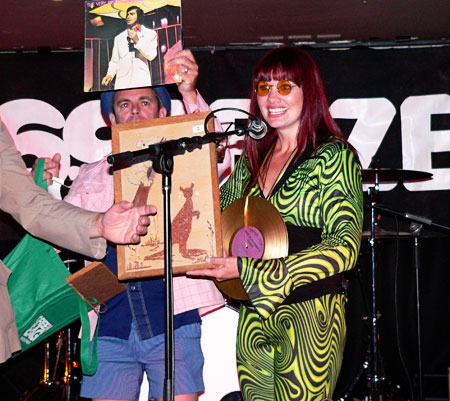 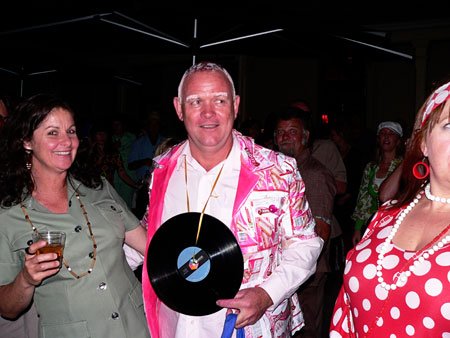 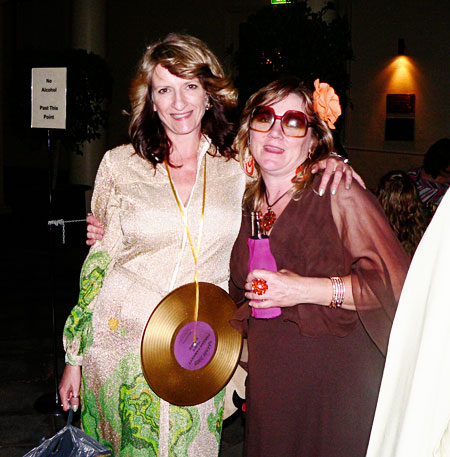 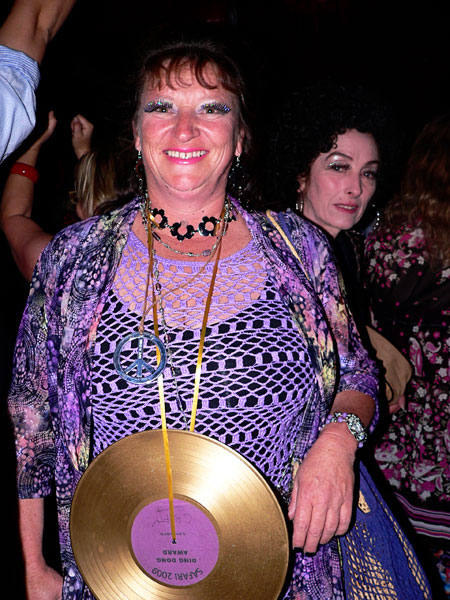 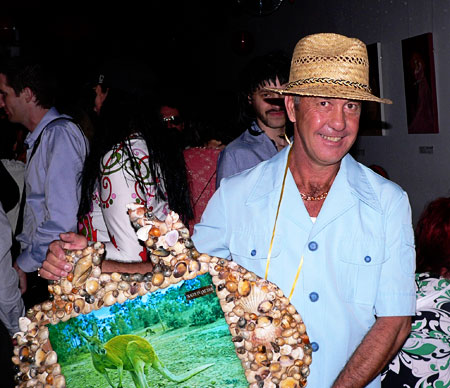 People – Op-shop all year in readiness for the big night.

That special outfit looks great, make up on, wigs adjusted, accessories in place, and the competition is fierce. Who’s going to get the nod, hear their name over the PA and stride up the red carpet at the Cavern Bar to receive a coveted Safari Award.

This is what Safari Night is all about. The Safari Judges understand the dedication and commitment shown by the hundreds of Safari punters every year as they vie for the big one. That’s why there is an incredibly rigorous, fair and well thought out judging process in place, to make sure it’s a fair fashion fight!

Now we can reveal for the first time a rare insight into this process. For example, the torn off piece of pizza box that served as this year’s judging notes is pictured below. This pizza box was ripped frantically from the vodka jelly box after the judges had all forgot their notepads; a pen was scrounged from Dave the Popeye Captain, who just laughed and shook his head. 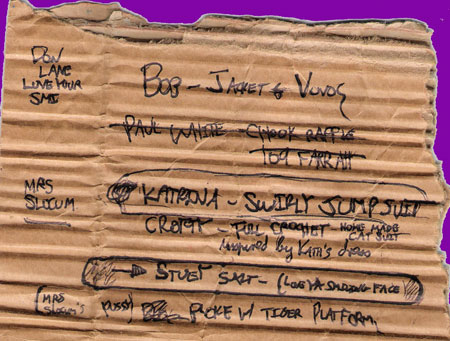 However, there was vigorous debate over many of the nominees. This led to an extended philosophical discussion in the Treasury Beer Garden as to the power of the Red Polka dot outfit vs. the Farrah Fawcett Flick! Being a Farrah memorial year tipped the balance, and the Safari purist faction won the day.

Some people have criticised the judging process, saying there’s nothing but J.U.I. (judging under the influence) at the business end of the night (ie after 8pm). This is just sour grapes!

I can honestly say that the judges still standing at the end of the night have a clear and balanced vision. New camera technology obtained by Safari International (Safari-Cam) has allowed us to record exactly what the Judges saw at any point of the night. The judges eye view below was taken from atop a rickety stool at Dragonfly nightclub during the award speech. Say no more and don’t forget – “We love your smiling faces”! 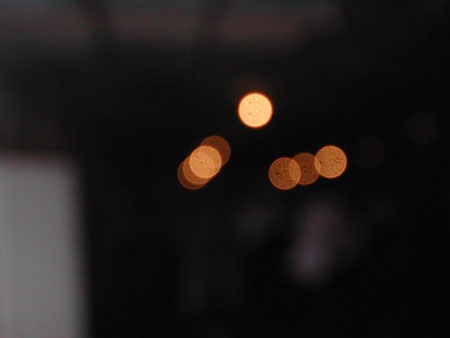 The first pub after the photoshoot, The Cavern was good fun and I’m happy to report that there were no injuries this year. Probably because the go go cages had been removed after a safety assessment was done on them last year. 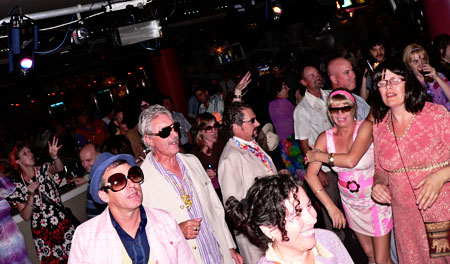 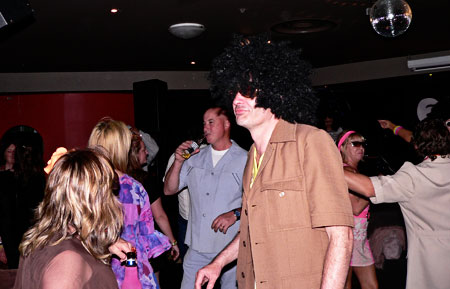 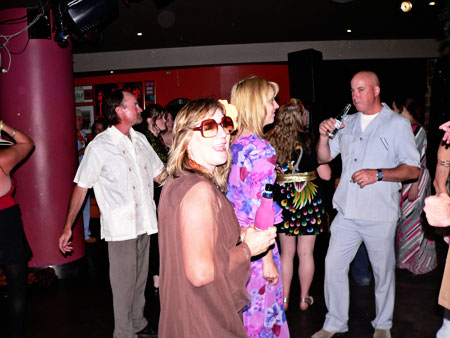 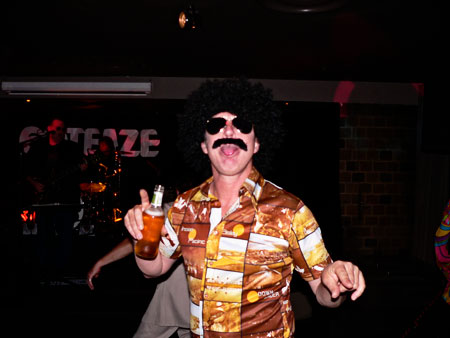 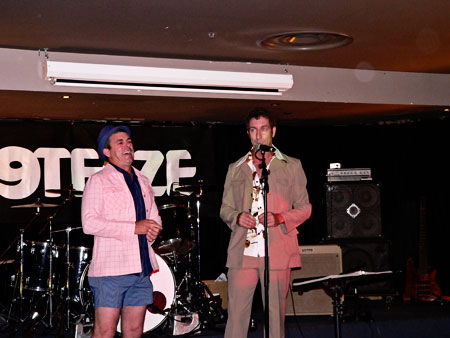 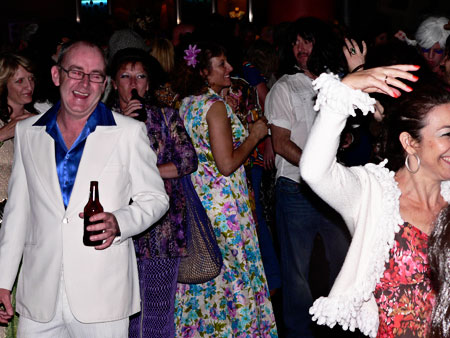 Did anyone see that Iced VoVo hanging around with us at Safari? Not only did he look like an Iced VoVo, he had a briefcase that looked like an Iced VoVo which was full of something he used to entice people over to it. That was it, then, they were under his spell. 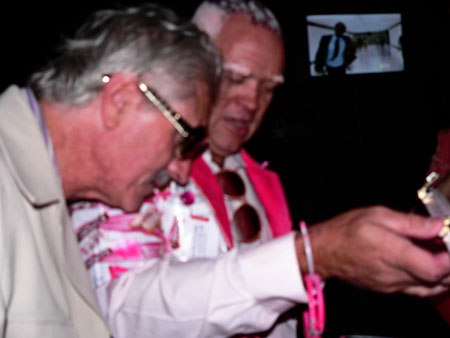 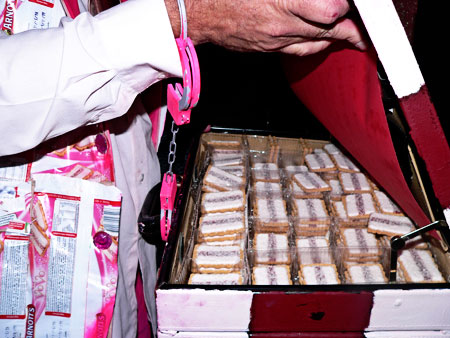