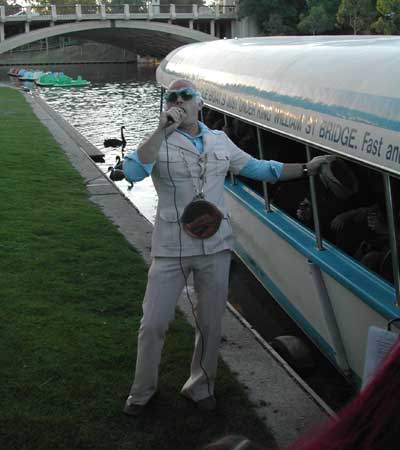 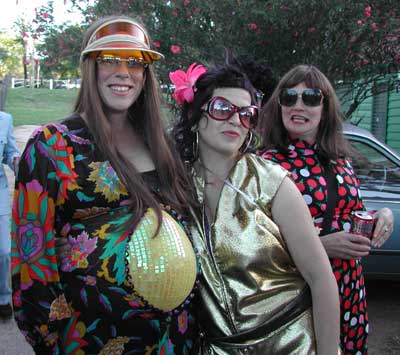 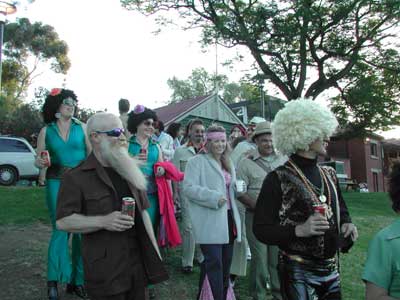 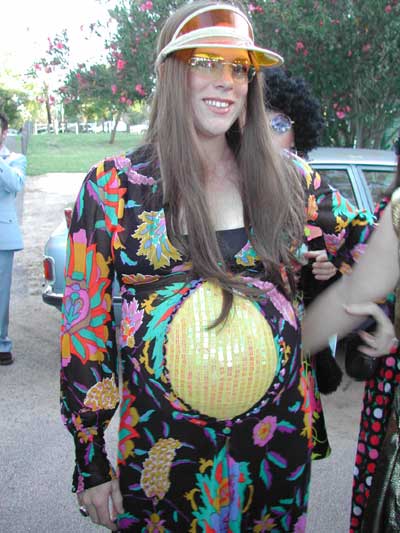 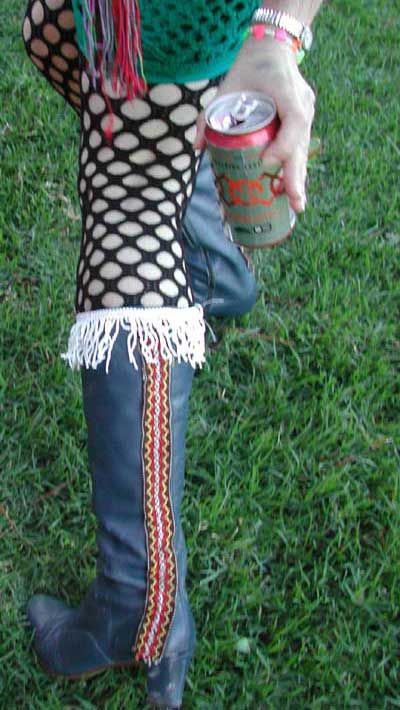 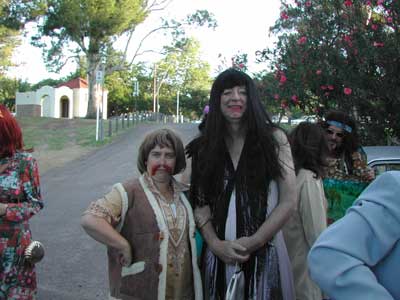 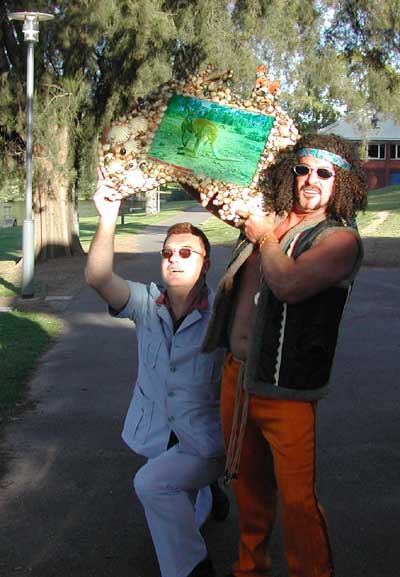 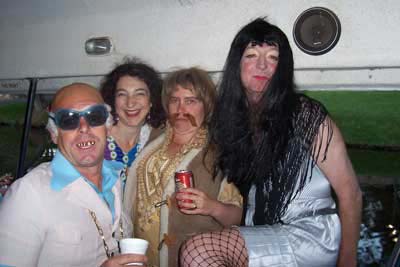 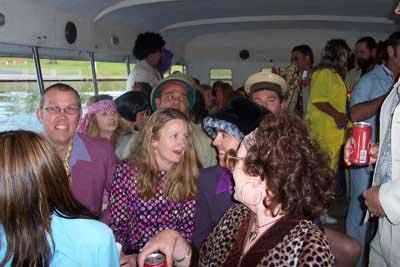 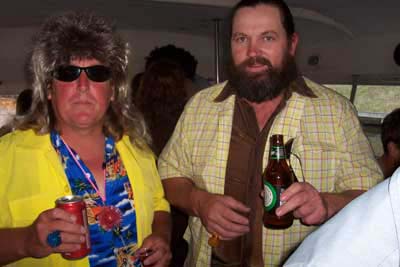 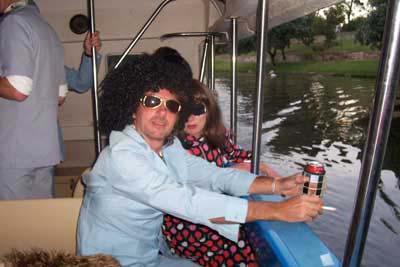 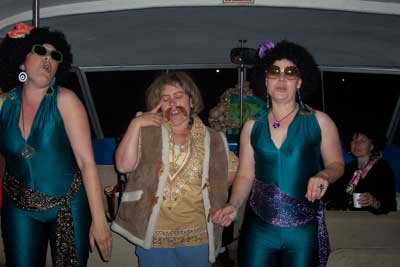 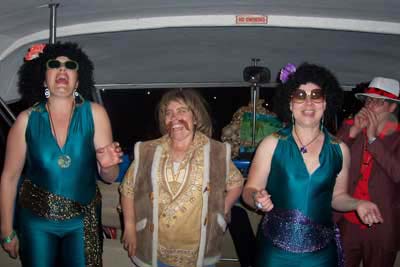 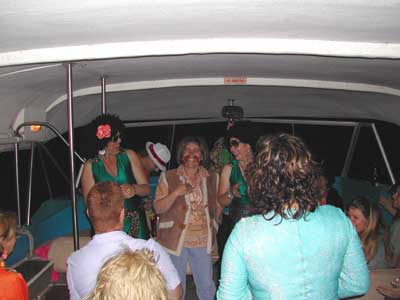 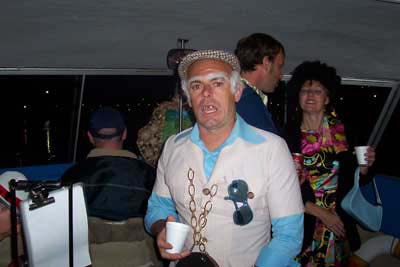 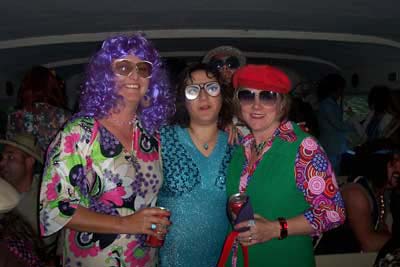 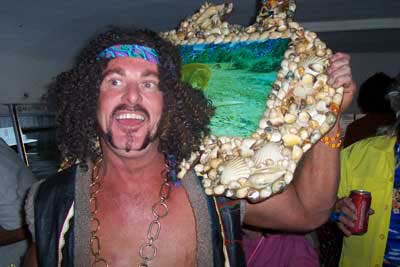 The annual safari pub crawl on 19 November 2004 could not be described as anything but a huge success. There was a huge crowd of around 100 people with 70 people starting off on the Popeye sunset cruise and others joining afterwards. The safari pub crawl just gets better and better and you  might just wonder how it can be topped each year.

Well it definitely was this year with some noteworthy moments. Matt and Cath didn’t make it onto Popeye, but not to be outdone they hired a gondola to cruise the Torrens while the rest of us were on Popeye. On Popeye itself, the night was off to a fine safari start with surprise entertainment by Rita, Kazz and Jen singing a Pussyfoot song (The Way That You Do It).

To add to the drama of the night controversy surrounded the Don Dunstan Young Achiever award recipient because of him refusing his award. This has never happened before and there shockwaves around the crowd. Read and comment about the official statement from ‘Patrick Bateman’ on Talkin’ safari, or read the official statement copied here.