Not sure what to wear to the next safari suit event? This video (AOL In2TV – Retro Runway 1970s) on YouTube might give you some ideas.

From the ice to the skate park, safari suits know no bounds. Thanks for the photo Will. 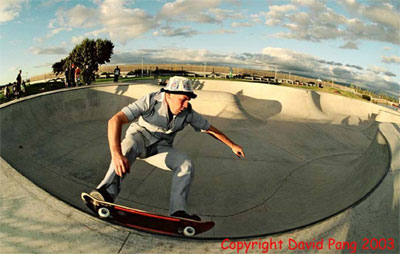 In anticipation of the next annual safari event here’s something to keep you going.

Contributed by Dave Braunsthal in Sweden

I would like to proudly announce the succesful holding of the very first, annual, Safari on ice, Sweden on 22 December 2002 on a small insignificant lake in the south of Sweden, became the fashion focus of the modern world! 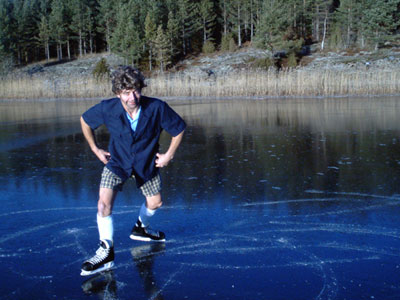 Unfortunately, due to the lack of advertising or possibly the 15 degree below zero temperatures, the numbers were not quite what I had hoped for, how ever, the dapper duds, walk socks and safari attire in general was well represented.

The Lapellafella award winner 2001 (Mr Dave Braunsthal) was keen to prove that the Pearl Harbour conditions were not going to get in the way of his day out.

After mixing it with the rest of the events participants (the photographer) David proceeded to impress with his dazzling ice manouvres. 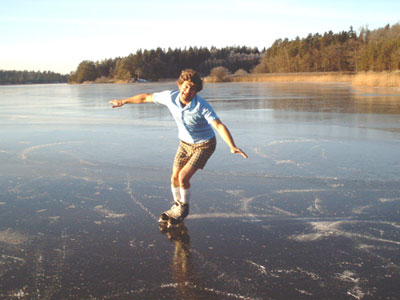 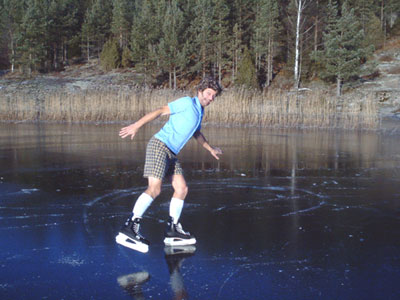 And a brilliant finish.

And you’re wondering why David looks so happy on the ice in his shorts in freezing conditions? 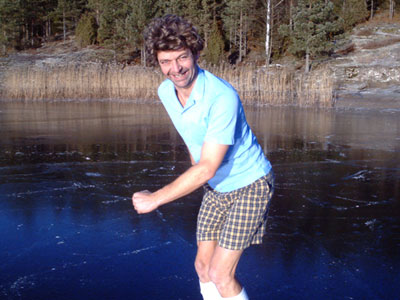